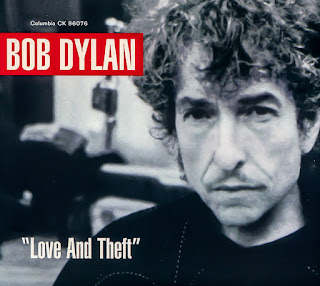 The main reason I find Bob Dylan a majorly important artist to share is because of the impact his music had on people during the changing times of the civil rights movement and on. Many found his songs to be both moving and powerful, especially for those seeking racial justice and peace. In 1962, Dylan was featured on the Ed Sullivan Show to promote his new album Freewheelin; he performed “Talkin’ John Birch Society Blues” which satirized the conservative reactionary group making the producers nervous, when asked to switch songs Dylan wandered off and his appearance on the show was cancelled. Amongst many other political rally performances, Dylan and others performed at the Freedom March in Washington D.C. before Martin Luther King Jr. gave his most renowned speech, “I Have a Dream”. Dylan was a strong believer in the power of a song to create change and has received the Presidential Medal of Freedom and the Nobel Prize for Literature, as well as Grammy, Academy, and Golden Globe awards.

https://www.youtube.com/watch?v=vWwgrjjIMXA
The above link is a video of Bob Dylan’s live performance of “Blowin in the Wind” televised in March of 1963.
https://www.biography.com/musician/bob-dylan
This site gives a detailed background on Bob Dylan including his early life and driving influences. It as provides a gallery of photos of Dylan throughout his career.
https://www.history.com/this-day-in-history/bob-dylan-records-blowin-in-the-wind
This site provides details about the recording of Bob Dylan’s popular song, “Blowin in the Wind” from his breakthrough album The Freewheelin’ Bob Dylan. Additionally, it considers Dylan’s “Blowin in the Wind” as an effective protest song.
https://www.thoughtco.com/bob-dylan-and-civil-rights-movement-1322012
This link discusses Bob Dylan’s protest songs such as “The Death of Emmitt Till” and “Blowin in the Wind”. Additionally, it illustrates his activism, particularly during the civil rights movement.
Posted by abee123 at 12:45 AM
Newer Post Older Post Home