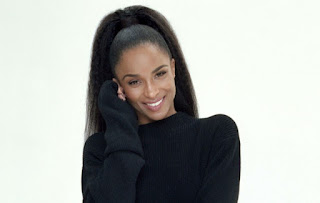 CIARA // ciara princess harris
An artist that personally inspires me, is Ciara, who is known for her talents as mainly a singer and songwriter, but also as a dancer. Ciara grew up in Austin, Texas and then ended up moving to Georgia where she joined the female group called “Hearsay”. After launching her career through the group, Ciara became an independent artist. Ciara is known for her top hits “One, Two, Step” “Body Party”, and “Ride”. Ciara’s first songs were very much surrounded amongst the purpose of creating entertaining and sexy songs, but now they have increased in deeper meaning. What I love about Ciara is her flawless confidence, female empowerment, dancing abilities, and the positive impact she has on other people. She is most known for her recent song called “Level Up”, which is about becoming a better figure for yourself in all areas of life. It is about embracing your self worth, and not settling for anything in life whether it be a job, relationship, or difficult situation in life.