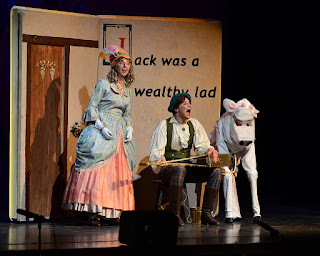 Image from Stephen Sondheim's "Into the Woods"

Stephen Sondheim is well known in the theater world as one of the most influential composers and lyricists of the last half century in the world of Broadway and musical theater. He has been an active writer since 1954. At the age of 10, he began being mentored by Oscar Hammerstein II, of 'Rogers & Hammerstein' fame, who is well known for such classics as The King and I and The Sound of Music. He then went on to attend Williams College in Massachusetts, and achieved his initial Broadway fame through the musicals Saturday Night and West Side Story, of which he wrote the lyrics for both and the music for the former. He has since gone on to write music and lyrics for such musicals as Into the Woods and Sweeney Todd, becoming known for dry humor and sometimes disturbing or unusually dark imagery in the shows he writes for.

The reason why I picked Sondheim is because he is some of the first exposure I personally had to acting in musical theater. The first musical I ever acted in was Into the Woods, and I spent a lot of time reflecting on the meanings and morals behind his work, and helped shape a lot of my perspective on theater to this day. His darker, more bittersweet endings reflect real life in a way that a lot of musicals don't. You'd be hard pressed to find many musicals that don't end with everything relatively happy, and tied up all nice in a bow, but his work usually takes the audience to dark places and then only somewhat brings them out of it. In that way, I think he has contributed a lot to the identity and view of modern musical theater.

This website is a really great base of operations for finding all of Sondheim's works and learning more about them! It is also a good place to find potential productions and Sondheim-related merch.

A PBS article about Stephen Sondheim! It's very informative and goes into his history and training more in-depth than I did here.

Sondheim Society is a charitable foundation run with the express purpose promoting Sondheim's work, as well as advancing music education for children.

This is a link to the playlist for the soundtrack to the original Broadway cast of Into the Woods. It's a great time, and a lot of fun to listen to, whether you're looking for the in-depth meanings or not. I highly recommend in particular Giants in the Sky and Agony.