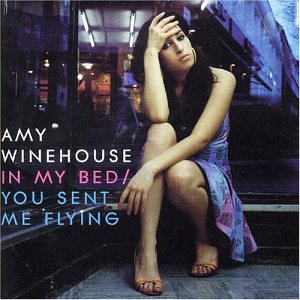 For as long as I can remember, I have loved listening to various genre's of music. Old school jazz to up and coming pop artists. Amy Winehouse combined both my love for old music and a new fresh sound. Her lyrics told a story, and as I grew older - the more I have grown to relating to her lyrics. Every time ' Love is a Losing Game' comes on my phone, I can't help but just shift all my focus onto the music, and it's soft instrumental in the background paired with her low, drawn out vocals captures my attention, almost as if it were to put me into a trance. As silly as that sounds, much of her music has that effect - being able to pull listeners in and see a glimpse into her world.  The best aspect of her music was that it wasn't too old school for young listeners to enjoy, and it wasn't too 'pop' for it to be unenjoyable for others. The blend brought so many people together, and her music will live on to tell stories of heartbreak, joy and other fleeting memories. Rest in Peace Amy Winehouse.

http://www.amywinehouse.com  & amywinehousefoundation.org
This is the link to the official Amy Winehouse website, which includes merchandise, news and a link to the Amy Winehouse foundation which is to help  people with drug and alcohol misuse / addictions. The foundation is specifically created to help those that are at a disadvantage when trying to seek treatment and recovery. The homesite of the official Amy site also celebrates the album Frank's 10th, but was posted back in 2013. Frank was the first album Amy Winehouse wrote and released.

https://www.britannica.com/biography/Amy-Winehouse
This site offers a inside look at the life of Amy Winehouse, including leading up to her death and her childhood before fame. It gives those who are reading a closer look at who Amy winehouse was and give context to her music, as you notice the music became more somber and gloomy leading up to the end.

https://www.rollingstone.com/music/music-features/amy-winehouses-back-to-black-10-things-you-didnt-know-104287/
I include this Rolling Stones article about her Back to Black and how it came to be, because it was a part of a celebration of her 2nd and last album before passing. It showcased the inspiration behind much of Amy's music - including jazz girl groups from the 60's as part of her influence from her first album and that she had moved on from that jazz scene in her second album. 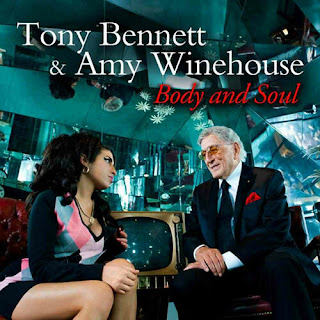 Bonus : On most streaming platforms the Amy Winehouse documentary is available to watch if you want to sit and watch, learn and fall in love with the person who created so many amazing songs in the 2000's.
Posted by LizMac19 at 7:54 PM
Newer Post Older Post Home