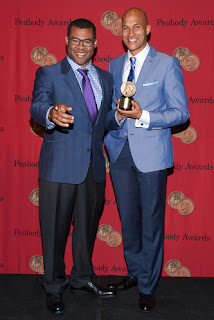 Jordan Peele is a filmmaker responsible for creating the box office hits Get Out and Us. His work in creating these movies have made leaps and bounds in diversity within modern film. Get Out was released in 2017, resulting in Peele being the first black director to have a one million dollar film debut. This film was rated 99% on Rotten Tomatoes and was a smash hit on almost every film review site. Jordan Peele uses his platform to create films that address relevant issues in modern America, such as racism, social class, and police brutality. I think that it is important for people to see his movies, as they feature an immense amount of representation, and pass along very important messages. He is able to tell his stories in terrifying, yet emotionally compelling ways. He is taking his activism for equality to a place where it can be digested and appreciated by many, in a tasteful, an artistic way. 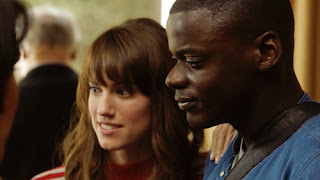 USA Today: Jordan Peele embraces his latest role with 'Us': 'I'm a truth seeker in my work'

This article discusses Peele's passion for his work, and why he does what he does. This article mostly addresses his most recent work, Us. Peele goes into detail on his "truth" and how he displays that within his movies.

The Hollywood Reporter: Jordan Peele on Making Movies After 'Us': "I Don't See Myself Casting a White Dude As the Lead"

This piece addresses the diversity in Peele's cast, and why he feels it is important to have representation.

The New York Post: How ‘Us’ director Jordan Peele honed his horror chops on ‘Key & Peele’

The New York Post analyzes Peele's history in comedy and how that lead him to being the director of horror movies that he is today. This article links videos of his old darker sketches, and allows the reader to find parallels between then, and now.
Posted by Lily__robertson at 8:18 PM
Newer Post Older Post Home