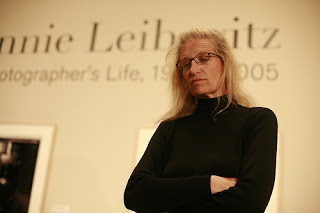 Annie Leibovitz is an american photographer who is celebrated for her works in engaging celebrity portraiture. Annie was born on October 2, 1949 in Waterbury, CT. She started her career as a commercial photographer at Rolling Stone magazine in the 70's. She is most famous for capturing the last image of John Lennon and Yoko Ono before his death in 1980. She then became the first woman to ever have an exhibit at the National Portrait Gallery in Washington D.C. in 2008. 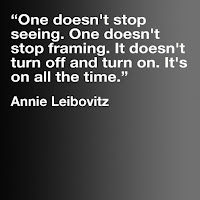 This article talks about Annie's achievements and the beginning of her career.

This article is about the beginning of Annie's career along with her contributions to charities and organizations.

This article is about a project in Los Angeles that is dedicated to Annie's life. It goes in depth into her background and all of her
contributions to the world through her work.
Posted by MJorna at 10:45 AM
Newer Post Older Post Home