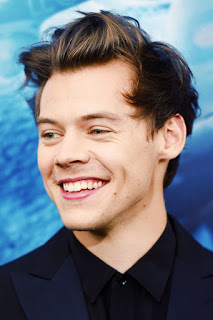 I have never related to someone's music like I do with Harry Styles. His self titled album released in May of 2017. Most people know of him through One Direction which was a pop boy band he was in. This album was very different and by different I mean not in the pop genre. It has a total 1970's rock vibe to it which I love. This just goes to show how great he really is from making pop songs for teens and switching to a whole new genre of rock succeeding just as well, if not better than he did with One Direction. Many of the songs on the album are about heartbreak such as Two Ghost being about two people once being in love but at the end they turn into ghost not knowing each other anymore and Sign of the Times being about the hard times people go through while knowing things will get better in the end. During the time his album came out, I was dealing with a bad breakup and I heard the album. I could't believe what I heard. His songs were almost identical to the situation I was in. They almost spoke to me in a way. I fell in love with his album and its currently one of my favorites ever. At that time I knew Harry Styles was much more than just boy band singer but a true artist. Even past his musical career he is a fashion icon and actor. This year he modeled for Gucci's 2019 campaign showing off some of the finest suits. At each of his concerts he would wear a crazy Gucci outfit showing off his style. Many people call some of his outfits very feminine at times, but he does not care what the people think and that in my opinion is what makes him a fashion icon. In 2017 he made his acting debut in Christopher Nolan's Dunkirk and did a phenomenal job. Christopher Nolan compared him to Heath Ledger's role as The Joker in The Dark Knight. What a great comparison and first film to be in. After all of this, I knew Harry Styles was much than just a singer in a boy band. But a true artist.

This article is an interview with Rolling Stone. It touches on his life now being a solo artists and his life in Los Angeles. They talk about him writing his album, his love life and his rise to fame through the X-Factor and One Direction. The article helps show who Harry is outside of just music.

This article is about his fashion and how towards the end of One Direction it really took off. It talks about how he will be the face of Gucci's tailoring campaign in 2019. From wearing Burberry to Saint Laurent to Gucci it shows his unique style within the fashion industry.