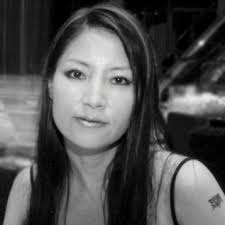 Chang-Jin Lee is a Korean-born visual artist and lives in New York City, her multicultural experiences and backgrounds have significantly provoke her interest in the diverse cultural and social issues in our current era. Her artworks mainly represent greater insights on identity, gender, nationalism, human trafficking, and religion. Her most recent artwork: COMFORT WOMEN WANTED to bring up the awareness of sexual violence against women during WWII, also illustrates the victimization that women continually suffer in terms of gender, ethnicity, politics and class oppression in the 21st century. 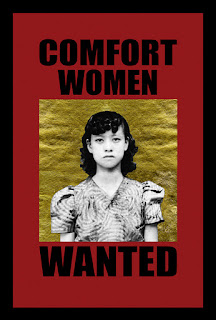 COMFORT WOMEN WANTED is an actual advertisement shown in Asian newspaper during WWII to recruit volunteer prostitutes; however, when there weren’t enough volunteer prostitutes; the Imperial Japanese Army would deceive or kidnapped young women from Korea, China, Taiwan, Indonesia, Philippines, Thailand, Vietnam, Malaysia, and the Netherlands to force these women into sexual slavery system. Those women were teenagers, some were as young as 11 years old, and they were raped by between 10-100 soldiers a day in a military rape camp called “Comfort Stations”. In the “ Comfort Stations”, women were beaten, tortured, starved, and even killed.

There are two reasons why I chose to share this particular issue COMFORT WOMEN WANTED by Chang-Jin Lee. Firstly, I found this project compelling because I learned about Comfort Women from my grandmother who was almost kidnapped by the military into the comfort stations; this event had significant impacts on the history of my country (Taiwan), yet it had been largely denied or forgotten. Secondly, I would also like to take this chance to raise the awareness of violence against women worldwide, both in the past and the present. Perhaps, by working together; we can establish a world where oppression is no longer exists.

Chang-Jin Lee
This is the artist's website, find out more about this project and her other artworks.

Comfort Women Wanted (Highly Recommended!)
This is a30 mins ish talk on the CONFORT WOMEN WANTED issue presented by Chang-Jin Lee at The Korea Society in 2013.

The History of "Comfort Women": A WWII Tragedy We Can't Forget
This is an article that further introduces and discusses the artwork.

Comfort Women Wanted: A Video Installation and Art Exhibition by Chang-Jin Lee, Review and Commentary by Douglas Harper
This article investigates the art exhibition in informative details, including images and transcript of an actual interview of comfort women survivors and WWII Imperial Japanese Soldiers.