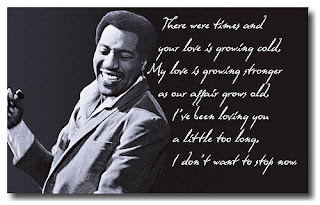 Otis Ray Redding Jr. born on September 9th, 1941, was an American singer songwriter and an influential giant of the soul and blues music genre. Redding was raised in Macon, Georgia where he grew up singing in his church choir, at school and in local theater competitions. His career started with him joining Little Richard's band The Upsetters,  then Johnny Jenkins band, The Pinetoppers. After a recording session for Johhny's band at Stax Records, Otis was allowed to stay after which gave him the chance to record his first hit single "These Arms of Mine". Redding recorded his first full album in 1962, his popularity skyrocketed because his singing style influenced, by gospel, was so clearly able to carry emotions across his music and into the hearts of anyone who listens. Otis had an untimely death at the age of 26 cutting his career short, but he has and still is gaining major accolades, like induction into the Rock and Roll Hall of Fame, and the Grammy Lifetime Achievement award, for his accomplishments in the music industry. Redding is most known for his songs "(Sitting on) The Dock by the Bay", "Respect" later performed by Aretha Franklin, and "Try a Little Tenderness". People from my generation (millennial) may recognize Otis' voice from samples of his music used by current artists like Kanye, Jay-Z, Travis Scott and Quavo.  I picked him as an artist to share, because many people my age don't delve back into the history of music and the influence the musicians of the 50's and 60's have on the current sound of pop music. Redding's music is timeless and has a touching quality that transcends and genres and ages.


https://otisredding.com/foundation/
This is Otis Redding's own website where you can read about his history and musical accomplishments. This specific link is to his foundation that supports the education of children through support of humanities and the arts.

https://www.npr.org/2017/05/13/528116058/otis-reddings-unfinished-life-still-resonates
NPR host Scott Simon is joined by Jonathan Gould to discuss Gould's biography of the late singer and how he came to be such a legend. 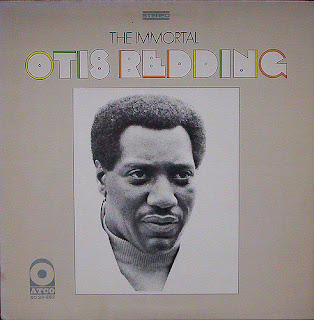