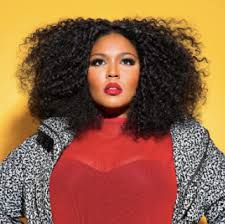 Lizzo, (Melissa Jefferson), is an American singer and rapper. The start of her music career started in 2013 when she released her first hip hop album, Lizzobangers, in 2013 but became a more popular star when she switched to pop and released her first EP, Coconut Oil, in 2016. When it comes to making feel-good music Lizzo really embodies that in the best way possible. Lizzo is able to expand her talent through many genres of music and still express a good and worthwhile message in all of her songs.  She really embraces being body positive and a good representative ally for the LGBTQ+ community. It's important that she can support these causes in an uplifting way because her message is getting through to the youth and empowering us. As an African American, plus size woman, Lizzo already has challenges to face in the music industry since she doesn't fit into the normal standards but she doesn't let that stop her. In fact she pushes the boundaries of this standard. At her live shows she has a group of backup dancers consisting of only plus size women known as, The Big Grrrls.  She even has a song titled Boys which switches her body positivity vibe from the women to the men. In this song she shows love to all types of men no matter their occupation, sexuality or body type. Lizzo makes music for the underdogs who feel unheard or are unconfident and her lyrics make them feel bold and inspired.


Who is Lizzo
In this interview Lizzo gives some detail into her influences and why she is able to make all kind of music. She also talks about why she feels it's so important that she shares her body positivity message with the world.

LGBTQ+ Ally
In this Billboard interview Lizzo shares some thought into her own sexuality and why that helped her become a positive ally. She also expresses how important it is for her to fight for the unheard and why.

Good as Hell
This is a YouTube link to the song that really helped Lizzo gain her fanbase today. Released in 2016, this song spews positive vibes and encourages people to love themselves and believe it'll get better. 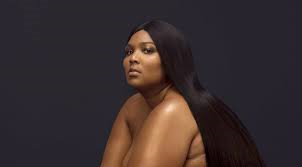