In Gambino We Trust

Childish Forever for In Gambino We Trust 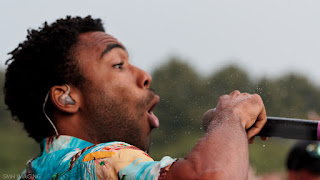 "I'm here for a good not a long time" - Donald Glover


Why do I love Childish Gambino?

It's rather a simplistic reason, and that is I find his lyrics incredibly ingenious. I've always love puns, double entendre, euphemisms, just the pure talent that already goes into crafting a song, but then to elevate it further with having humor, whilst also talking about real issues that he and many other individuals faced growing up. Particularly in his first album Camp released back in 2011, his song That Power he speaks about being mixed race or a light skinned African-American who has difficulty identifying with both white and black peers, as well as the racism he face in general growing up Stone Mountain, Georgia. 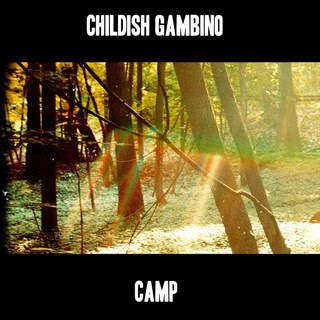 Lovin' white dudes who call me white and then try to hate
When I wasn’t white enough to use your pool when I was eight
Stone Mountain, you raised me well
I’m stared at by Confederates, but hard as hell
Tight jeans, penny loafers, but I still drink a four dime
Staying on my me shit, but hated on by both sides
I’m just a kid who blowing up with my father’s name
And every black "you're not black enough"
Is a white "you're all the same" 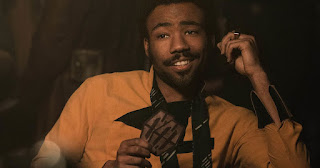 A New Hope for a Star

Donald Glover didn't always start off a musician though, he career was originally in acting particular the show most notable Community, in which he played the character Troy, his acting career soared although once his alternate persona of Childish Gambino was released. In fact it isn't uncommon nowadays to see musician merging into the acting world an vice versa. His show Atlanta received tremendous admiration for the topics of socio-economics of a struggling individual trying to make it in the world with a family.  In part because of his music career he was offered roles such as Lando Calrissian in the Solo: A Star Wars Story and a cameo Spider-Man: Homecoming all could attributed yet again to his ever growing stardom from his music he produced and the fans that followed him religiously. 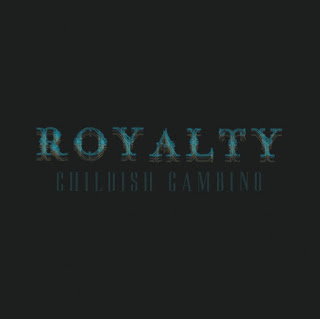 Growing up from Being Childish

That's right, Donald Glover announced back in 2017 that upon finishing last project he'd be no longer producing music as Childish Gambino, because he wished to return back to focusing on acting.  In his song We Ain't Them from his album Royalty back in 2012, he makes a reference on how even his family views his life decision regarding his career choices that are often seen as very lucrative and yet he walks away from them, but to Donald Glover it's not about the money, it's about sending a message. That message although seen as cliche is often the hardest one to live out, and that do what you love, and if they can pay you to do it even better, but never settle for a paycheck. Money comes and goes, but happiness should never be a commodity we monetize. Growing up my dad always told me and my siblings that we can do whatever we want in life as long as it puts food on the table. Often we are told what message of be whoever you want as long as it's something seem a prestigious. That we require constant gratification from our peers. When we go on vacation we have to document every little bit because we have show all those on our social media how much fun we're having, but the truth of the matter is whilst we're taking all those photos, you're often missing out on life around you. The fact that Facebook analytics shows that most individuals wait for peak times to post their content between 12pm-4pm when they expect the most amount of users are online as to hope to receive mass amounts of likes and comments shows that we online live to please others, and forget to live for ourselves.  Donald Glover was not about that lifestyle in fact when I attended his last concert in Canada back in December he asked his audience to turn off their phone and not video record, because he wanted this experience to be something intimate. To just be something that remained between him and us, and not the world. He asked that his fans not commoditize this memory, because he felt if you wanted something like that then just go buy his music online and listen to it at home. "This was Church" is how he put it at his concert. He wished to give us a genuinely unique performance that no else that didn't attend would ever see. For the us, ones who made the effort to come and attend despite the original show being reschedule to a later date due to an injury he had over the summer.

That reminds me - I sent a long text message to my mom and pop
I got the same speech when I left 30 Rock
My mom like "Why you wanna leave a good job?"
My dad like "Do your thing, boy, don't stop"

We Ain't Them - Royalty