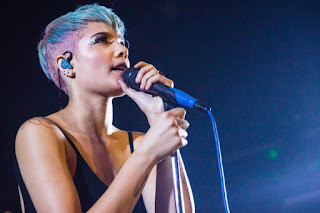 Halsey is an American-born singer and songwriter who sings mostly about love and her personal life experiences. She is popular in the pop music scene and has won various music awards including iHeartRadio's Dance Song of the Year in 2017, Billboard's Top Dance/Electronic Song in 2017, and Outstanding Music Artist for the GLAAD media awards in 2018. Her music is fun to listen to and the lyrics she writes hold deep meanings that I think all members of her audience can relate to. Aside from my love for her music, I am in awe of her role as an activist for the LGBT+ community, sexual assault victims, and women's rights. Halsey has personally struggled with mental illness and sexual assault and has experienced the backlash that unfortunately comes with being a member of the LGBT+ community. She has demonstrated her support by marching alongside others at the 2018 Women's March and is not afraid to voice her strong opinions on social media, mainly Twitter. Some of my favorite songs by Halsey include Without Me, Bad at Love, and Eastside which features Khalid. The first few times I listen to her songs, I am initially drawn to the rhythm and sound of the song. Once I listen to her songs a few more times, I pay more attention to the lyrics and am able to appreciate the meaning behind them. I think it is important to recognize artists who are able to produce great sounding music that also delivers messages to the hearts of their audience members.

This is an article that was published in Rolling Stone magazine that discusses the various struggles Halsey has had to endure throughout her teenage years and the present. I think this article gives great insight to what experiences in Halsey's life have shaped her as a person and her music.

This article, published on Nylon's website, discusses a conflict between Buzzfeed and Halsey that resulted in Halsey calling out Buzzfeed for essentially denying her sexuality and judging her sexuality based off of how she dresses.

Her Life in Photos

I have attached a link to her Instagram page which tells a visual story of her life. It also provides a medium where Halsey can express her style and who she is. 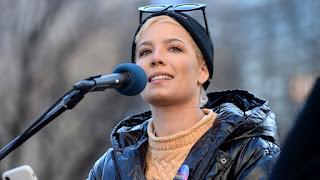