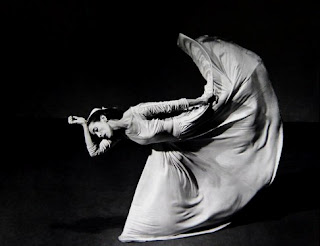 Martha Graham is one of the most revolutionary dancers of all time. Modern dance would not be where it is today without her work. I took a dance history class last summer, and was immediately awestruck by Graham when introduced to her work. As a dancer, I find her dance style to be very compelling. Her dance style challenges the norms of ballet as being the only "true" form of dance. She believed that the human body did not reach its full potential in ballet. Thus, she created her own version of dance that created shapes not often found in dance at the time. She also utilized stretchy robes to further distort the shape of the body. She also challenges gender norms in dance, where we often see females as the main character within a story. Her work brings me joy, and often touches on different themes that are not usually presented in older forms of dance. Sometimes her dance is not pleasing to the eye in certain ways. I think that many people should be inspired by her work, just as much as she inspires me. 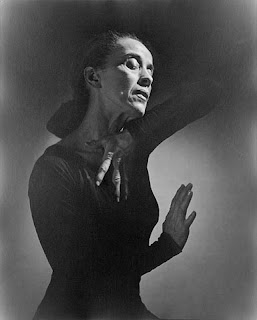 
“A dance reveals the spirit of the country in which it takes root." This is Martha Graham's website that outlines her key successes and what she thought when creating this new dance style, a style that went against what was considered traditional.

Choreographer for the Carters' Video Inspired by Graham

"This was my way of paying homage to the contraction of Martha Graham" in the new video "APESHIT" by Beyoncé and Jay Z. This interview tells us of the impact Graham has on music videos and dance even today.

The Rite of Spring video clip

A modern dance approach to the already controversial The Rite of Spring, Graham and her dance company perform this interpretation on stage in Paris in 2018. It presents male dancers as the lead roles and adds a more modern twist on the original modern dance of its time in 1913. 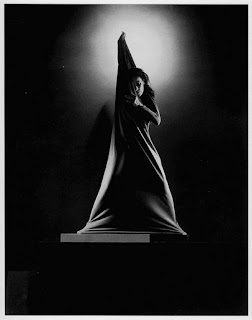