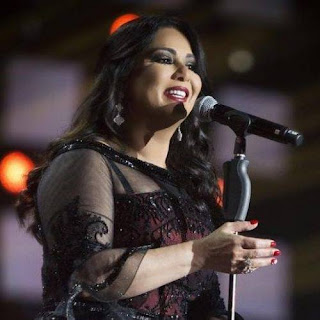 Nawal EL Kuwaitia is a Kuwaiti singer who is very popular in the Middle East. Nawal Started her career with her first Album in 1984. All of her albums since the fist one were named by the number of the year it was released. She is considered one of the best female singers in the gulf region of the middle east She is also known as Qaitharat Al Khaleej which means Harp of the khaleeji song aka the Gulf region of the Middle East. What makes Nawal also very unique is that she is one of the very few female singers that lasted for decades making music in the Middle east region of the world. She released 19 albums since 1984, and the latest one in 2019.

Nawal El Kuwaitia is my favorite singer because the first song I remember in my life is her song. I enjoyed listening to her as a child and her music brought me so much joy. Not only that I enjoyed her music but I also remember singing one of her songs in my first ever Karaoke. She made so many great songs that did not loss any popularity, and people still repeat the same songs over and over again, even songs from her first album in 1984. It is 2019 now and she is still making music and still very popular.

This link provides a brief introduction to Nawal EL Kuwaitia. It is a good place to get an idea of who she is and what did she do. There is few information but they are interesting to get to know some of Nawal El Kuwaitia accomplishments in the Khaleeji Music scene and the Arab world in general.

This is an interesting article, about how Nawal was the first female artist to drive in Saudi Arabia after the ban was lifted. It was after she finished her concert, and the night the law kicked in. It is interesting because she is showing support for females in that region by being one of the first to drive, and I believe that can aspire more females to drive and take actions.

This is Nawal official Youtube channel. It is a great place to find and listen to most if not all of her music. It is a great place for you to get to know new kind of music. Khaleeji music is different but many people around the world can appreciate good music regardless of the language of the song.