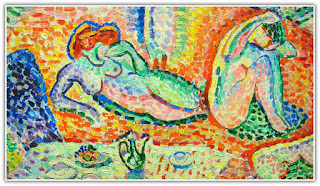 Link: Museum of Modern Art
Description: Has brief biography of Matisse. Contains vast catalog of his work, over 300 entries.

Link: HenriMatisse.org
Description: Website dedicated to Henri Matisse. Has lengthy biography, many of his works are featured, and compares Matisse to other artists like Claude Monet and Paul Cezanne. 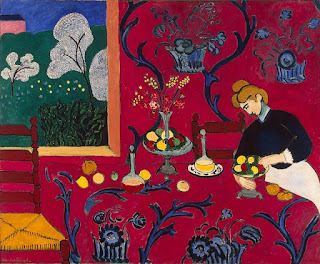 Henri Matisse was a painter, sculptor and printmaker. Born in northern France in the late 19th century, he was exposed at a young age to luxury textiles which deeply influenced his sense of visual patterns and color. After studying law in Paris, he began painting which he studied with Gustave Moreau. After 1905, Fauvism had taken over southern France and Matisse began using its clashing colors and bright dynamic style in his own works.

Matisse's art is both abstract and somehow clear. His sketches, mostly found in the MoMA gallery,  contain a story, yet are simple and elegant. They don't overwhelm the viewer. In contrast, his paintings typically contain bright colors that appear against each other. While all are incredibly visually stimulating, they don't all contain as much literal meaning, some are just collections of shapes that look pleasing to the eye.  His work is very flowing, it doesn't seem to be created in painstaking detail. But rather transitioned to the canvas easily and simply. 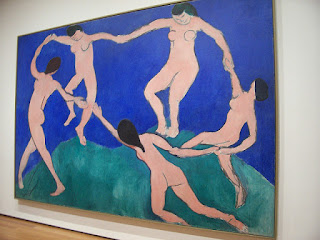