Lin Hwai-min, "We submit to gravity and attempt to find a harmony with the earth." 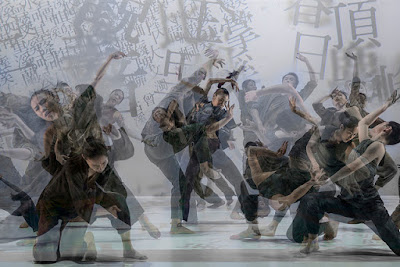 I can never forget the first time seeing the performance by Cloud Gate. I was in the second year of high school, and at that time, I was not enthusiastic about dance at all. Nonetheless, my best friend, who was a student at Cloud Gate classroom, invited to their performance, which has changed my view towards modern dance completely. 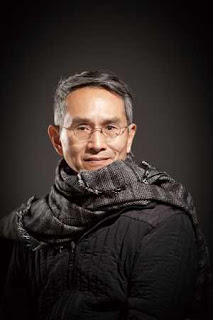 Cloud Gate Dance Theater of  Taiwan is a modern dance company founded in 1973 by choreographer, Lin Hwai-min. Lin Hwai-min's interest in dance was provoked by The Red Shoes when he was 5. He earned scholarship to study in America, at University of Iowa, where he took his first dance class. Quickly, he developed a considerable interest in modern dance, deciding to go to Martha Graham School in New York.  Over years, he has received countless honors all around the world, such as the John D. Rockefeller 3rd Award, the Chevalier of the Order of Art and Letters from the Ministry of Culture of France, the Samuel H. Scripts/ American Dance Festival Award of Lifetime Achievement, and so on.
Cloud gate is now known as national treasure of Taiwan, and has brought the name to the world.

Their performances touch me every time. I enjoy the subtle, free and engaging movements which has strong state of mind that draw me in. According to Cloud Gate: making dance out of martial arts and meditation by Nicholas Wore in 2016, he interviewed Lin Hwai-min, " “In both boxing and ballet you’re tense all the time. In our dance, and in martial arts, you are relaxed in preparation for moments of great intensity. You make a gesture and then you subside again like a wave. And we don’t try to elevate and defy gravity. We submit to gravity and attempt to find a harmony with the earth." I feel relaxed and emerged into the dynamic and space they create. 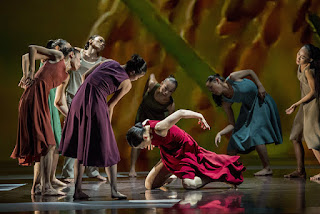 Cloud Gate official website: This is their website which has more information and performance that you can explore.
Cloud Gate Dance Theatre, Rice : This is the clip of Cloud Gate's 40th anniversary performance, Rice, which is based on the farmers and land.
Cloud Gate: making dance out of martial arts and meditation: The news article about Cloud Gate from the Guardian, which you can understand more about Lin Hwai-min's ideas and notions toward dance.