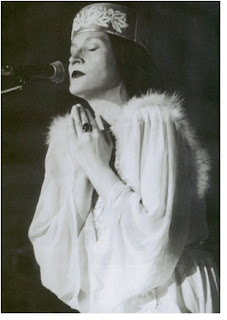 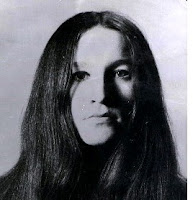 The Great Composer from Tartary


As a child living in the Swamps of Bashkortstan, Masguda Shamsudinova is said to have heard "music from the trees, sky, and bees". From a small village and relatively primitive village of less than 500 people (for which her father was the local shaman), the odds that Masguda would learn the skills in composition necessary to put this music to paper were slim, but hearing the music from nature instilled her with a lifelong passion of music and the sheer impact it can have on emotions.

To learn to compose music, she decided to go to the Karagonda Academy of Music and Arts, a boarding school which was only accessible by train. The nearest station was 10 miles away from her village in sometimes sub-zero temperatures; a trek which she frequently made alone throughout her childhood and teenage years, reportedly having been followed by a pack of wolves the entire way home on one occasion, alone at the age of 10. 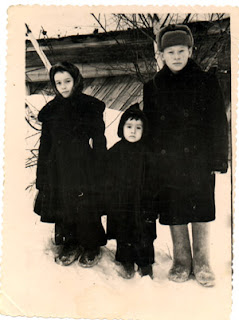 Masguda (the small girl in the middle) with her brother
and sister.


Masguda developed a fascination with Genghis Khan and how he exerted his
influence across Asia. She dedicated her third symphony to the his conquest.

Masguda went on to get two college degrees, including a PH.D. at St. Petersburg State University, and has been awarded "Best Composer" in multiple festivals, including two international festivals. She has written many songs, and 3 symphonies to date. She is currently collecting lullibies from cultures all over the world before they are lost.


Masguda Shamsutdinova is compelling to me as an artist because she is not only a close family friend, but one of the happiest and most genuine people I know; and she has a way of bringing joy to others just by being in the same room. She also has a very spiritual attitude towards music that is magnetic by nature.

Her music both traditional and very unique; some pieces sound like a they could be played to the background of a dramatic movie scene (which they have), but her music isn't confined to a specific sound or genre like is seen of so many other artists. She's written tangos, melancholy solos, and many pieces that don't fit into any the confines of conventional genre. 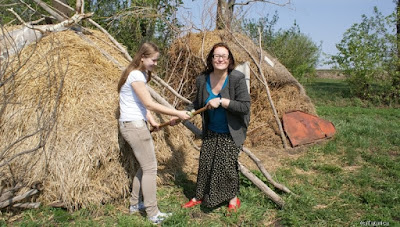 "This Song is Dedicated to You"

For more information on Masguda

Masguda's Music 1
Masguda's Music 2
Although her music is difficult to come by in America, these pages have a good number of her songs and symphonies. After listening to a few, it becomes pretty clear how far her range extends.

Tatars.com
Tatars.com is Masgudas personal website. She has many of her lullabies stored here, as well as general information about her life, accompishments, and music. She also documents her adventures in America, and uses this website to help connect Tatars all over the world.

Masguda Interview
An in depth interview with Masguda on why she is inspired to write music, and on her life in America as opposed to Kazakhstan. She discusses the music she hears in everyday life, as well as the decision to leave her home country to educate her two sons in America.