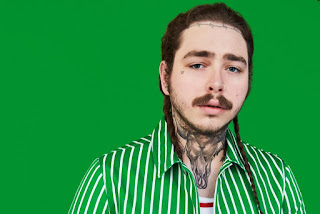 I think that Post Malone is worth sharing because his music genre variety is a lot wider than people realize it is and he is so talented and successful for his age. He is classified as a hip-hop artist, but he also has slow songs that fit into the genre of alternative and covers of Bob Dylan songs (my favorite one to use when showing that he is more than the rap songs on the top charts). Post has a beautiful voice and I don’t think he gets enough credit for the music he releases that doesn’t make the top 50. Songs like “Deja vu” featuring Justin Bieber, and my personal favorite “Feeling Whitney.”

The first article I chose was “Post Malone: Confessions of a Hip-Hop Rock Star” from Rolling Stone Magazine.“Malone is only 22, but he’s one of the most popular musicians in the country.” When talking about his music and it’s low, downbeat sounds Post Responded to the Rolling Stone interviewer, “I’ve always had a loneliness. I’ve always been anxious…Big brain. Lot of thoughts.” The article also takes you through his home and his daily life, giving you a deeper look into what goes on behind the scenes, video games, guns, drinking beer.
One particular quote I found interesting was “Malone believes that ‘genre is stupid,’ so to him there’s no contradiction in making a song with Bieber one moment, 21 Savage the next.”

The second article I chose was “Don’t Call Post Malone a Rapper” from GQ.

This article talks about the blending of genres to create a new genre, for example Post Malone’s song “White Iverson” is a blend of emo, rap, and folk music. “Post is trying to create bops for everyday use – morning jams that double as late-night music, that can fit every time in between.”