Lindsey Stirling is an American violinist, dancer, song writer and director. She made her debut on Youtube in 2007, posting videos of herself dancing and playing the violin with music. Her popularity grew as she made her way to the quarter finals of America’s Got Talent season 5 in 2012 at the age of 23. 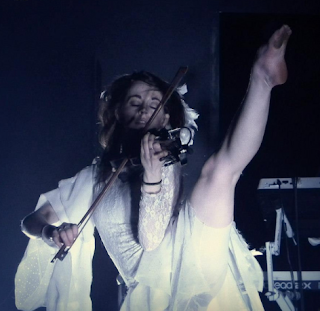 Stirling’s downfall on the show was her strength. Her performance style is to dance a ballet influenced hip-hop while she plays the violin. The judges felt her presence was not enough to fill a stage. Turning back to Youtube with new followers and fame, other artists reached out to Stirling to collaborate on songs together, artists such as The Piano Guys, John Legend, and Pentatonix. She directs and choreographs a number of her videos which usually feature her dancing, themed outfits and visual effects. Her music is unique in that she uses a dubstep/big-beat background, and occasionally vocals, to accompany her classically trained violin sound. She does both covers and original music on her channel. 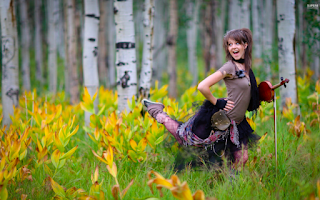 Official Website
Here is Stirling's official website where you can get information about her tours and new book. This is the home base where you can find links to her instagram and twitter as well. She also has a merchandise store and photo gallery.

Youtube channel
Here is her Youtube channel. All her music videos are found here as well as behind the scene videos.  She has a second channel called Lindsey Time where she posts vlogs and live streams. Youtube Red has made a documentary about Stirling which can also be found through her channel.

The Only Pirate at the Party
This is a link to a website that describes her new book, The Only Pirate at the Party, which includes a short excerpt from the book. Lindsey wrote this book with her sister. Her memoir outlines her journey to becoming a successful artist. She includes stories from her experiences as a contestant in America's Got Talent, her struggles with anorexia, and her childhood.